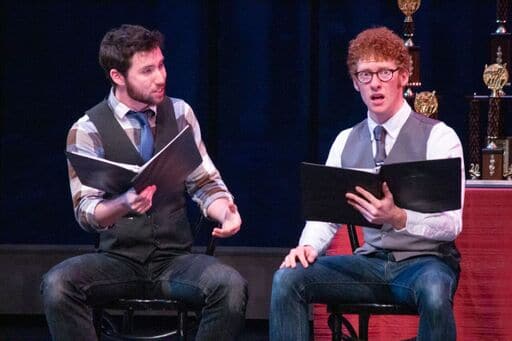 ABINGDON, Va.— Barter Theatre will be postponing the opening of Macbeth, Driving Miss Daisy, and Peter Pan which were originally scheduled for March 26th, April 2nd, and April 7th respectively. This decision is in response to Governor Northam’s ban on large gatherings, and to ensure the safety of Barter’s staff, volunteers, and patrons.

Barter is in the process of filming these productions for possible streaming to patrons and is working to finalize the technical and contractual requirements necessary to proceed with the distribution. Barter continues to offer its flexible and free exchange policy for all of its shows and hopes that patrons will show their support for the company by continuing to purchase tickets to productions that are scheduled for later this year.

More information on Barter’s response to the COVID-19 crisis can be found at bartertheatre.com. Details regarding the rescheduling of postponed performances will also be made available on the Barter website.

Barter Theatre, the nation’s longest running professional theatre, is located in Abingdon, Virginia. The theatre opened in 1933 during the Great Depression. Founder Robert Porterfield offered patrons admission to the theatre by bartering food and livestock. Barter Theatre was designated as the state theatre of Virginia in 1946. It exists today as one of the last year-round professional resident repertory theaters remaining in the United States.  Barter Theatre is funded in part by The Virginia Commission for the Arts and The National Endowment for the Arts.