By Morgan EganJune 7, 2020No Comments

ABINGDON, Va.— Barter Theatre announced today, via their social media pages, that the details of the start of their live 2020 season will be released Wednesday, June 10th at 7:30pm on Facebook.

The post read “Join us Wednesday at 7:30pm on Facebook for the announcement that we have all been waiting for. Katy Brown will share when, and where, Barter’s first live 2020 production will be. Don’t miss it!”

Barter Theatre, the nation’s longest running professional theatre, is located in Abingdon, Virginia. The theatre opened in 1933 during the Great Depression. Founder Robert Porterfield offered patrons admission to the theatre by bartering food and livestock. Barter Theatre was designated as the State Theatre of Virginia in 1946. It exists today as one of the last year-round professional resident repertory theaters remaining in the United States.  Barter Theatre is funded in part by The Virginia Commission for the Arts and The National Endowment for the Arts. 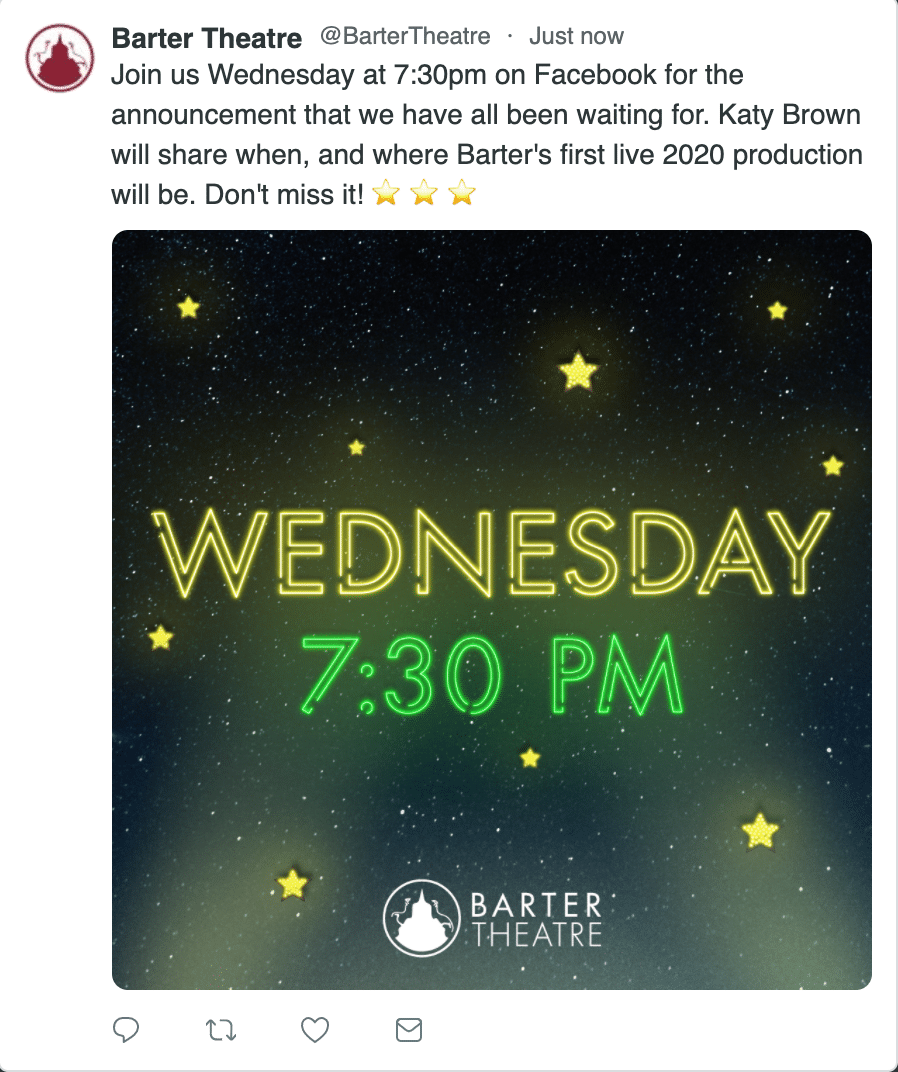